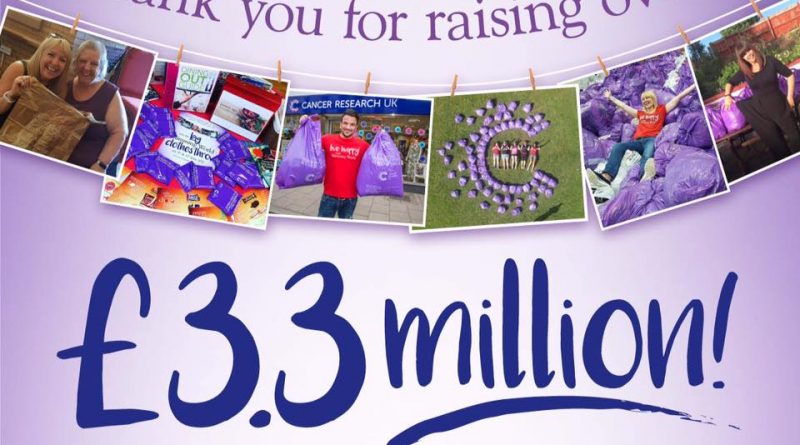 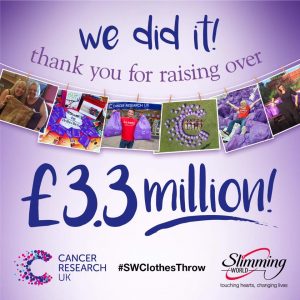 Successful slimmers taking part in the Big Slimming World Clothes Throw have collected a whopping 122,739 bags of the clothes they’ve slimmed out of, raising more than £3million worth of stock for Cancer Research UK in just two weeks.

The campaign, which is now in its fifth year and ran over two weeks this June, invited Slimming World members to celebrate their weight losses by donating the clothes that no longer fit them – and that they know they won’t need again – to Cancer Research UK. The fundraising drive aims to raise awareness that maintaining a healthy weight can reduce the risk of developing many types of cancer. This year it was backed by singer and presenter Peter Andre who launched his own foundation with Cancer Research UK – the Peter Andre Fund – after sadly losing his brother to cancer. 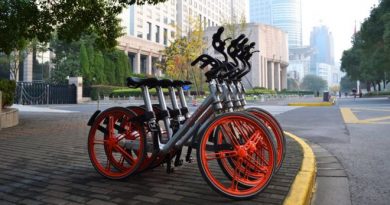 Mobike is here in Manchester!

July 10, 2017 SWStretford Comments Off on Mobike is here in Manchester!

November 20, 2015 SWStretford Comments Off on Slimming World to retire Green and Original Plans at end of November 2015