Meet 20-year-old Daniel Hassall from Sandbach, Cheshire who has been announced as the Slimming World Young Slimmer of the Year 2014.

Daniel lost 5 stone 2lbs in total with his weight dropping from 18 stone 8lbs (118kg) to 13 stone 6lb (85kg). As well as his weight loss, he has also noticed a dramatic reduction in the number of epileptic seizures he experiences.

My doctors can’t believe it. They thought there might be a link between my weight and my epilepsy but they never expected losing weight to make such a big difference so they’re delighted – and so am I. Walking into my Slimming World group was without doubt the best decision I’ve ever made – it’s changed my life – and I really want to share my story with other people who have epilepsy to make them aware of what a difference losing weight could make.Daniel Hassall

After losing his weight, Daniel now teaches martial arts as a volunteer. 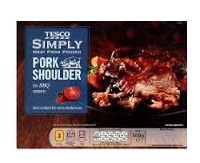 May 9, 2014 SWStretford Comments Off on Slimming World’s Little Book of Light Bites FREE with a 12 Week Countdown